It's Christmas Scores At The Right End Of The Calendar 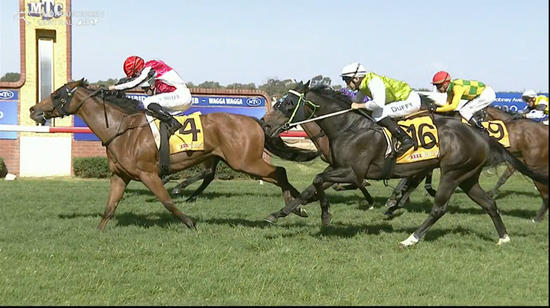 Beginning to look a lot like It’s Christmas as she sports blinkers to score in Royans Wagga Maiden Plate under Simon Miller, chalking up a stable double for the team after Wyangle saluted in the 4th on the Wagga Card.

The topically named It's Christmas was late on the scene to beat Highly Decorated with Zarsnip the 3rd to arrive.

She is resuming after a three months break and has not been seen since running blinkers first time finishing last of 14 after (began awkwardly; overraced early stages; weakened near 500m) at Benalla 3yo+ Mdn in Sep over 1606m, 20 len behind Flag Edition.