LEASE THIS CRACKING FILLY BY KUROSHIO - ONLY 50% REMAINS 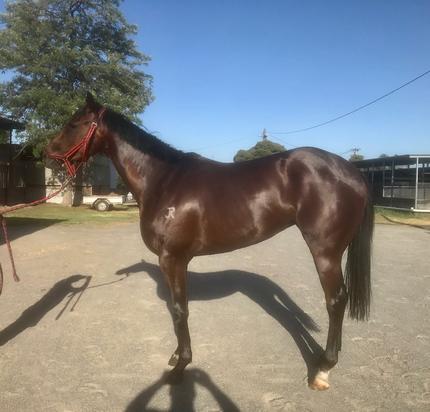 An opportunity exists for participants to lease this very well put together Bay Filly, a two-year-old by Darley Sire "Kuroshio" out of a Tabougg Mare in Island Nymph.

Blistering early-season juvenile speed and the class to beat older sprinters in a G2 at three. Yearlings sell for up to $70,000 and he’s covered 281 mares in the past two seasons.

Kuroshio off to a flying start in Europe

Kuroshio’s first European crop are now two and as the northern hemisphere flat season ramps up for the summer, the son of Exceed And Excel is certainly making his presence felt with an outstanding 46% winners to runners – a figure that cannot be matched by any other European first-season sire.

A real bread and butter horse who hopefully can emulate her brothers feats and move through the grades with relative ease.

Only 50% remains in this horse call Craig Widdison on 0418551180 for more details or our contact us page widdison.com.au/contact